Please note that Nigramoep can only be accessed from Bulletrap. The road from Nababeep is closed due to heavy rain until further notice.

The high-lying sandstone plateau (“T’Kau” in Nama language) of Nigramoep shows one of the most extraordinary diversity of Pelargonium species found anywhere in Namaqualand. Some 18 species have been recorded so far during my visits since 2015, and are displayed in this photograph gallery. More species are expected to join that list soon.
This richness is partly due to the diversity of habitats found on Nigramoep (differences in geology, altitude, aspect, vegetation type) as well as to the fact that most of the farm has not been grazed by non-indigenous animals in the past 5 years, which helped maintain a relatively healthy vegetation.

Pelargonium sp. nov. nigramoepense n.n. : a flagship for the flora of Nigramoep 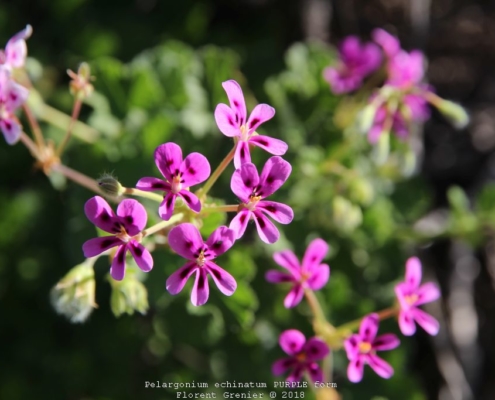 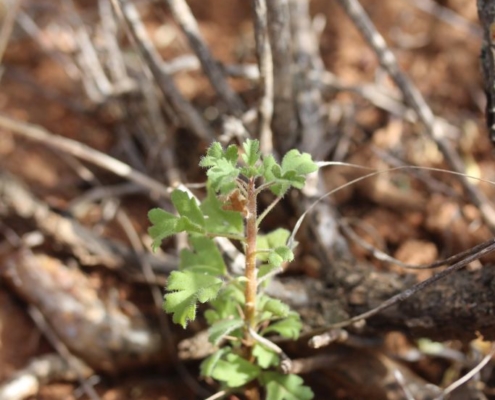 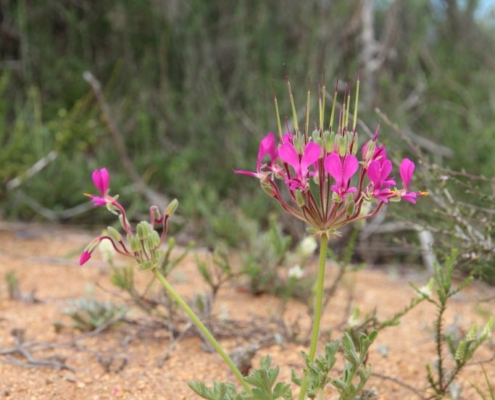 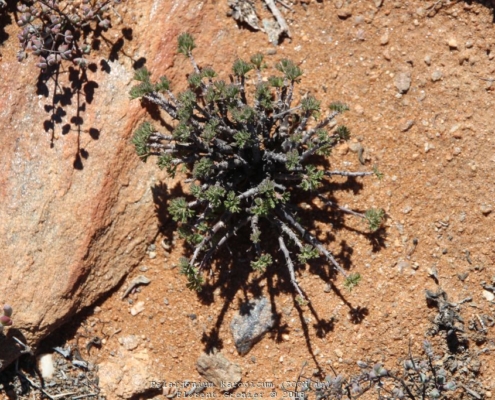 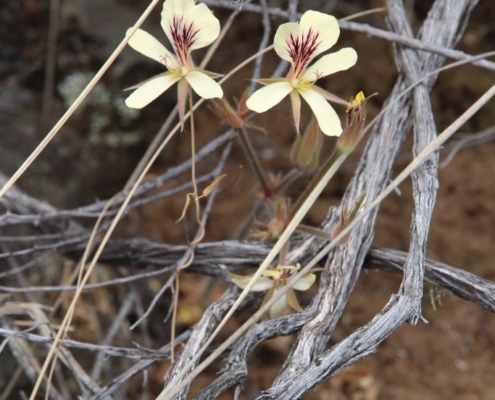 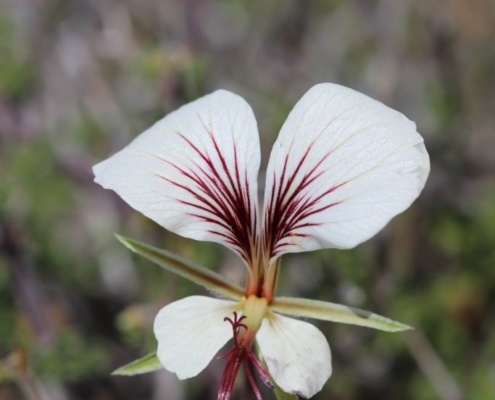 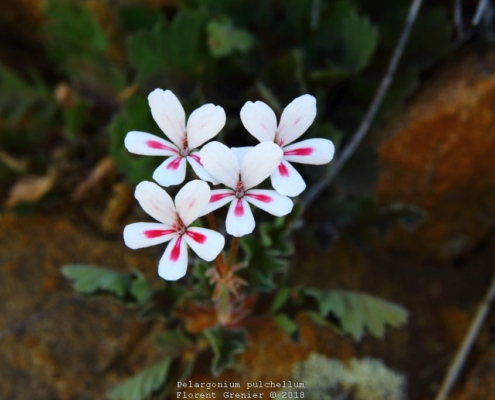 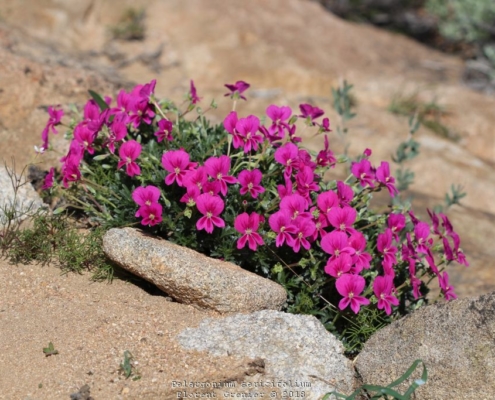 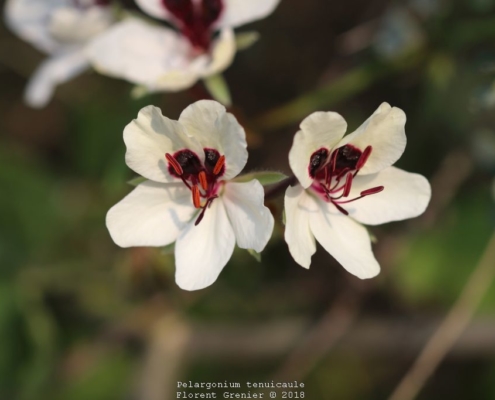 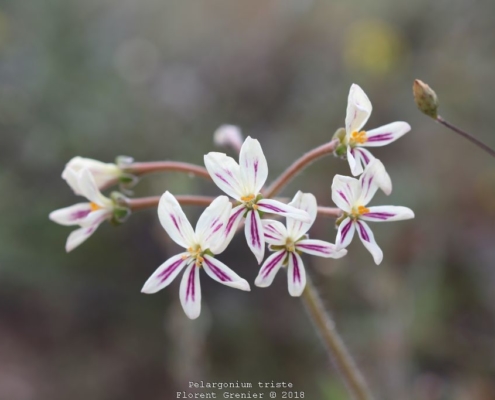 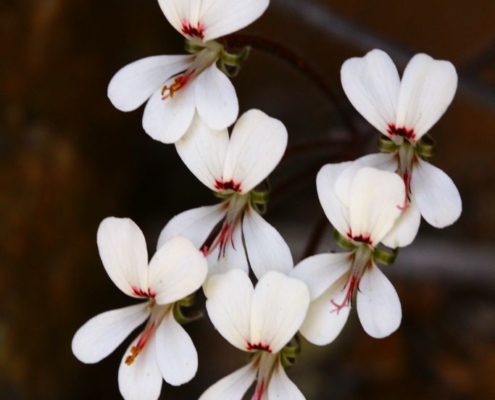 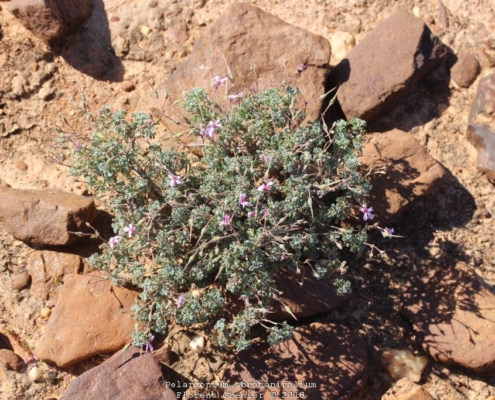 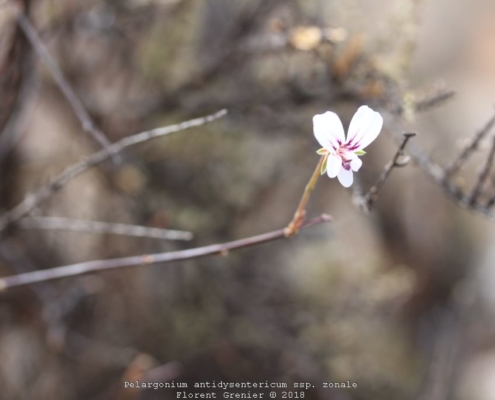 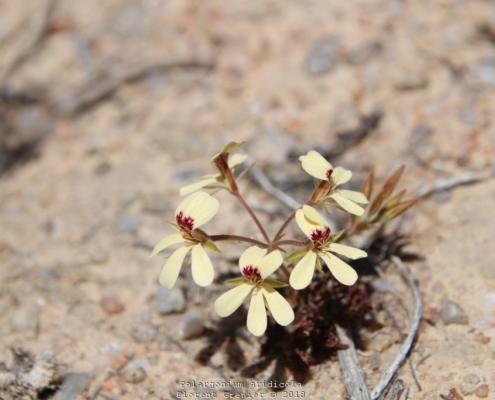 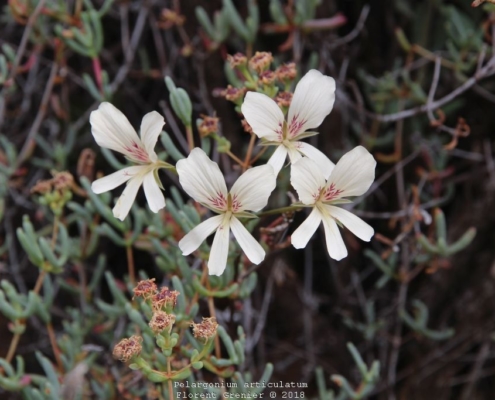 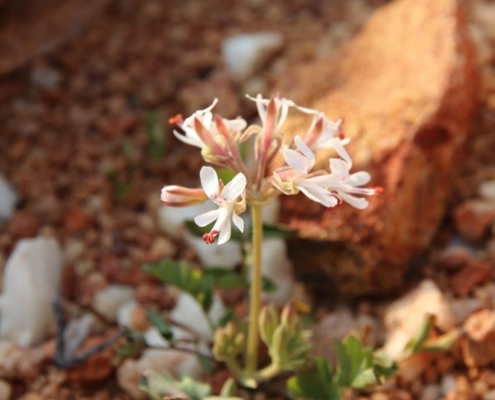 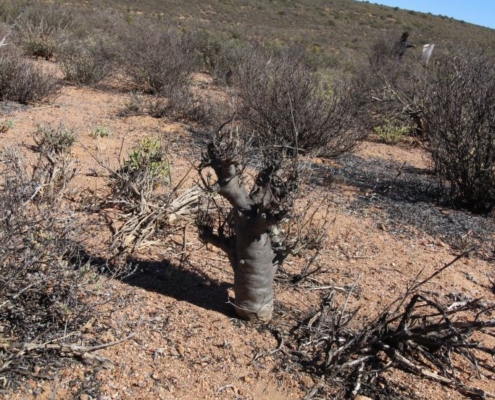 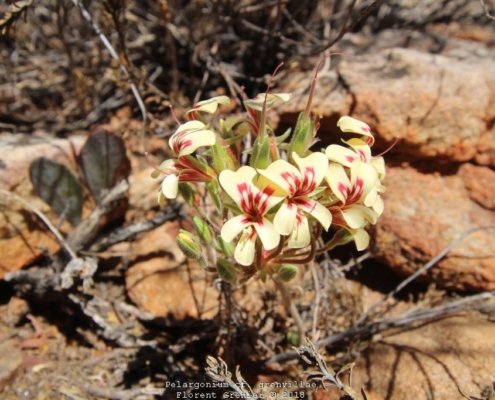 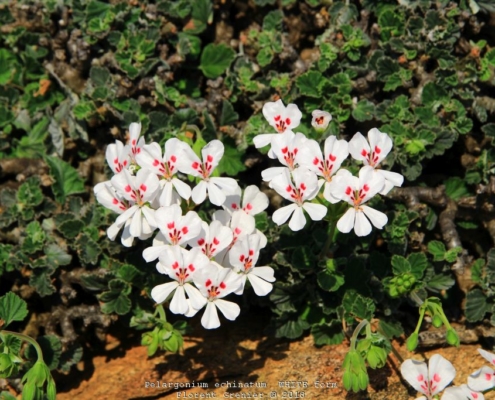